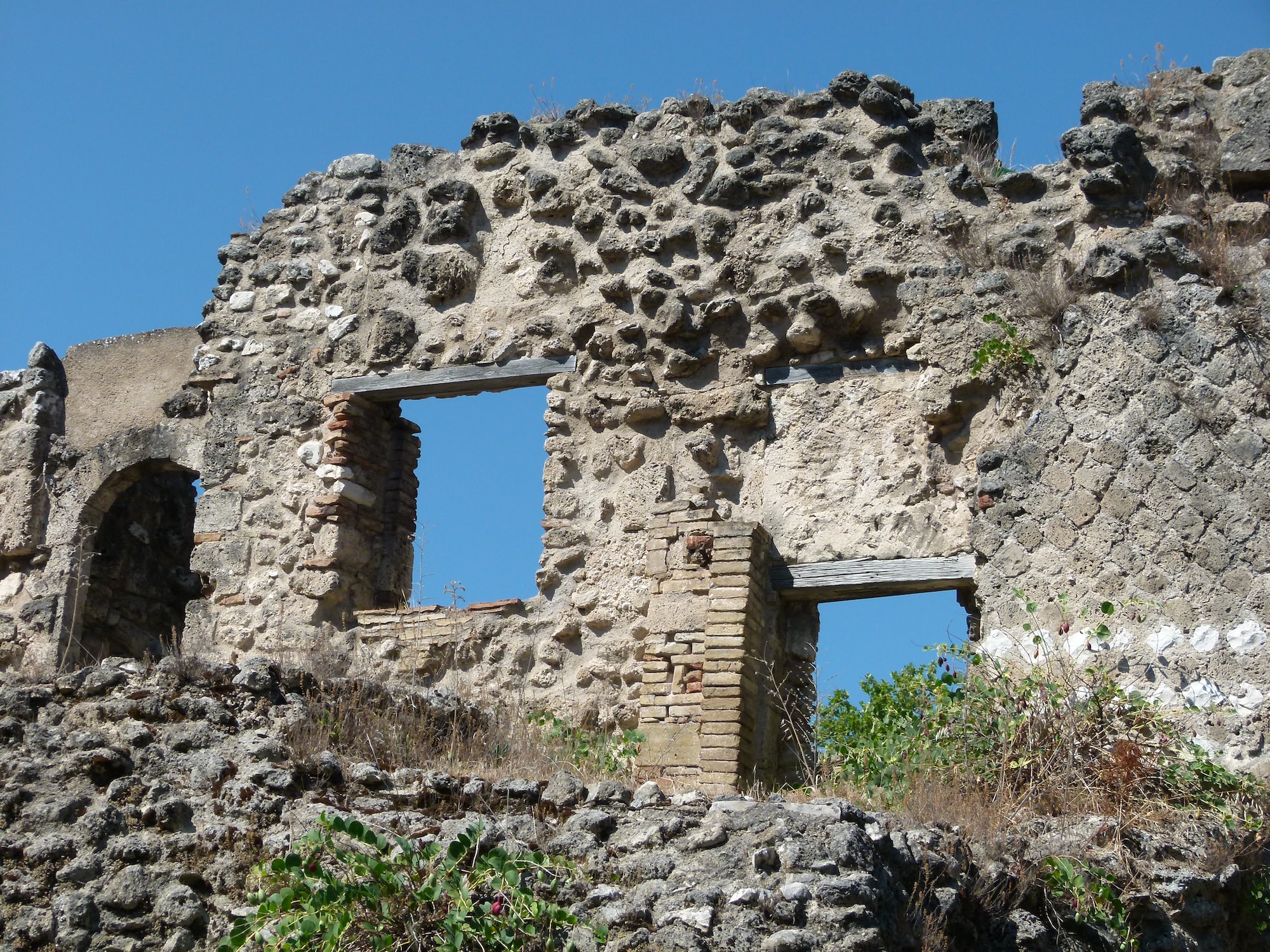 On Saturday, I ended up going on a second walk due to the good weather during which while looking for something to do and see I went on something of a very local exploration. Basically right outside our house there are old ruins of fortifications that I remember playing in as a kid, that I haven't really looked at since. Which is something of a shame since it's a part of local history and not necessarily something everyone has the opportunity to do.

Of course, in practice they are pieces and paths made out of concrete and not necessarily overly interesting in and of themselves, at least not for someone like me that doesn't know much about the history associated with them, though there was a cave or tunnel that I also re-discovered that I'm still somewhat curious about, mostly because I like caves for some reason and also because I haven't been in there yet. I decided however, to try to find out a bit more about the area before I did that, since I wasn't sure how safe it exactly is which can be a concern when going into an old tunnel.

This luckily proved rather easy, since the museum authority (I guess? not quite sure how to properly translate that part) is kind enough to provide rather detailed information about historical sites and a map to look them up on online. So it seems it was a World War I era fortification which fell into disuse since, and the tunnel seems to be somewhat large considering how small the opening is at 110m², though there was no mention of how safe it all is to enter and the inspection seems to have been done in the late 1990's with no real updates since so if I do end up going in myself I should still remain careful, and I'm not as of yet quite sure if I will end up doing that though I do still kind of want to.

In general, this feels like something I should do more often, go for walks in a random direction and just look around me and try to see the things in front of me, simply soaking in my surroundings. I did touch on this already in my last post about relaxation, though I guess exploring is the opposite of that in a sense, but with time I'm becoming more and more aware of how poorly I actually known the area I live in since even the times I do end up going out I tend to either stick to the same routes or am lost in my own mind not really heeding what is going on around me. Consequently, it feels like intentionally going out and looking at new things or things I might not have noticed before would satisfy both itches: being stimulated by new things yet at the same time actually learning about my surroundings. Looking at the map as well, though it doesn't have to be old ruins that I go looking at, if I do choose to do so there seems to be an abundance of choice near me of things to look at so I shouldn't run out of content in a while.

Maybe that's the plan for this spring and summer then, exploring, when weather allows.