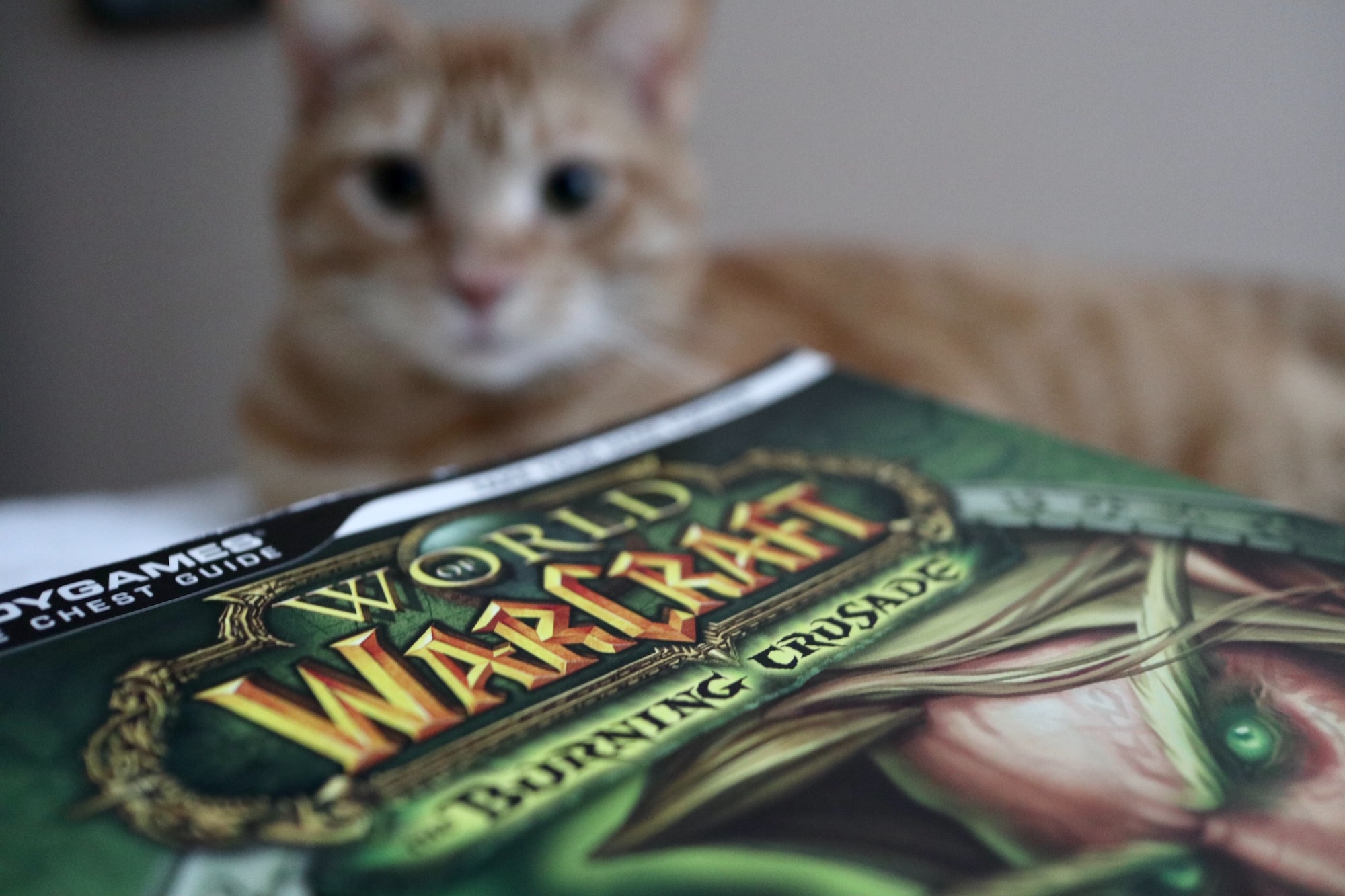 As a astute reader may note, it is Wednesday and not Monday on the day this post comes out, and that is for a somewhat good reason: I've been too busy playing Burning Crusade Classic to make time for writing a proper post. Well, to be more accurate, I was too tired after finally getting to 70 Sunday evening/Monday morning to actually sit down and write a post—I still have the habit of leaving it to the last minute most of the time.

The journey of leveling itself, along with our first run of Karazhan on Monday, has been a fun one so far, even if towards the end of the leveling I was getting rather frustrated partially with my own unfounded fears of abandonment along with worries that I wouldn't be able to level up in time to complete the attunement to participate in the Karazhan run.

I ended up mostly, or rather exclusively, leveling in a group, for the most part through dungeons, which suited me rather nicely since I once more picked up my priest and played her as a healer, so solo content wouldn't exactly have been the most enjoyable to do. It actually felt rather nice being back on my priest in Classic after having recently spent a rather significant amount of time levelig a hunter there—which while enjoyable just doesn't feel like home quite like playing a priest does.

Leveling in a group it turns out, is also a rather efficient way of leveling due to giving a rather decent chunk of reputation with the different factions in Outland, meaning I could simply buy at least two of the keys needed to enter heroic dungeons—I say at least, because I'm actually not sure where my reputation ended up on with Lower City, so I'm not sure if I could simply buy the key there, but I shouldn't be missing much at the very least.

The heroics themselves, though I have only had time to complete two so far, have also proven fun, at least with the right people and mentality. It is definitely slower going when comparing it to current high-end content, but it feels somewhat difficult actually classifying it as distinctly hard content, more perhaps simply unforgiving. To be fair, I've been in there with relatively experienced players who know the dungeons fairly well, so there haven't been too many surprises along the way, which is probably contributing a lot to that feeling. Still, so far I've actually rather enjoyed the difficulty level of the content, making use of my familiarity with it to actually enjoy it more than I think back in the day where the insecurities due to my lack of knowledge would've prevented me from actually enjoying what I'm doing even if my youthful arrogance at the time may have masked it.

Entering Karazhan again was something of a swell of nostalgia, and I think once again I ended up enjoying the raid more than I ever did at the time due to the knowledge I've acquired in the years between, especially of the layout of the tower itself. Not being afraid of going the wrong way and actually to a degree knowing my way around the place really helped me both with figuring out where in the raid we were and what was coming up next, but also in actually soaking up the atmosphere since I wasn't as focused on not making some sort of mistake that while in the grand scheme of things minute would have probably ruined at the very least my evening back in the day.

Overall, in both gameplay and nostalgia, Burning Crusade definitely scores higher for me than Classic itself, and it has been really fun to go back and see the old things with more experienced eyes even if the whole experience of playing is rather different due to the way the landscape has shifted in the intervening years as well as how I've changed with time. Still, the game does to me stand the test of time of still being enjoyable, and I'm happy to share the experience once more with a group of friends.